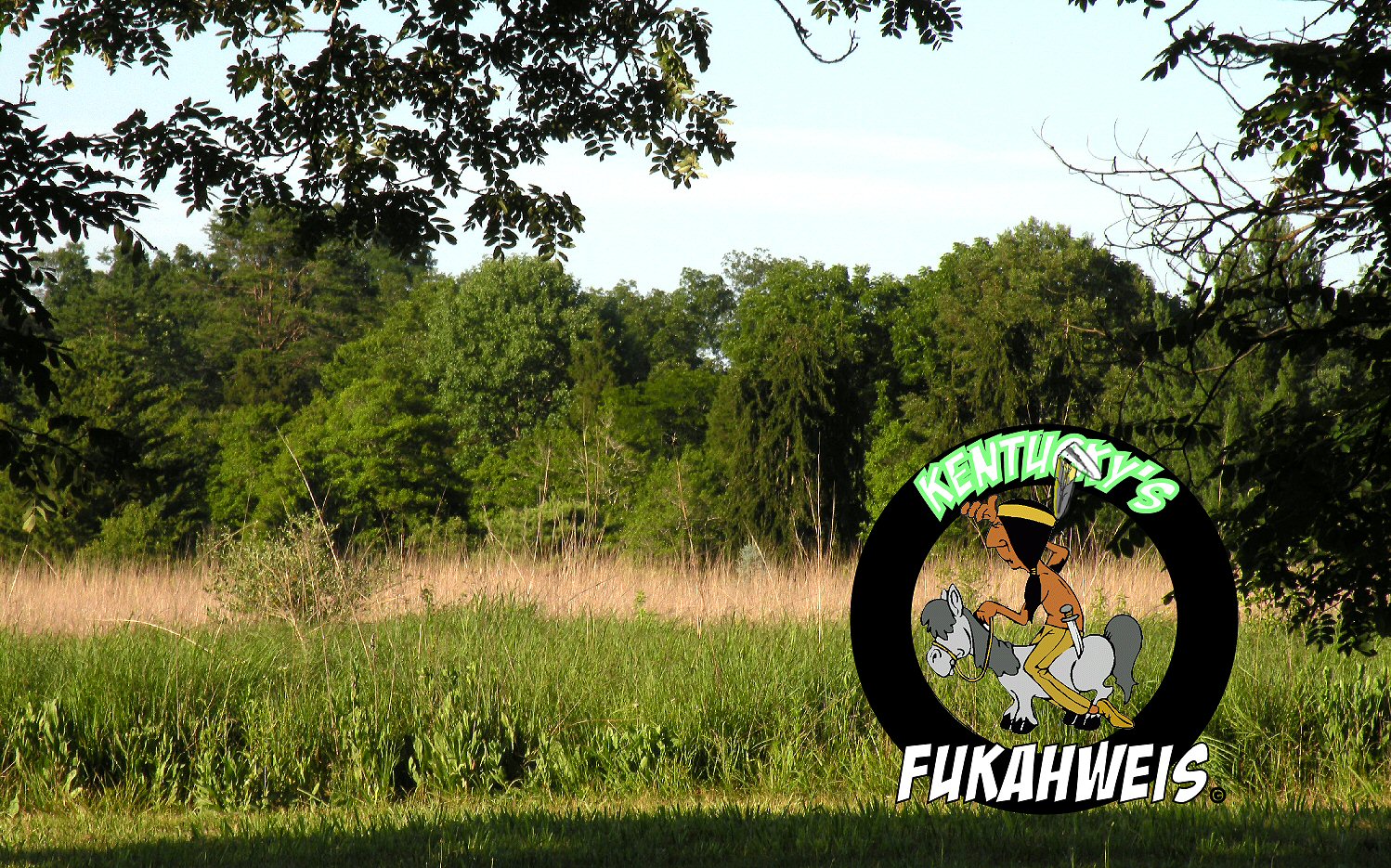 that no Native Americans called Kentucky home.  The Shawnee, Wyandotte, Iroquois, and Cherokee all hunted here.  The Shawnee claimed most of central Kentucky, the Cherokee claimed eastern Kentucky,  and the Chickasaw had a seasonal village in West Kentucky.  But historians insist that no tribe actually lived here.  They are mistaken.

Long before the first white settlers made their way into what would later become Jefferson County, Chief Blind Eagle of the great Fukahwie tribe led his people up the Salt River.

And that would have been fine, had their original destination not been Harrods Creek.  But it was Spring, the Ohio River was swollen, and the current was raging.

Some of the squaws had become concerned when the braves had to maneuver the canoes through the chutes at the Falls of The Ohio.  They had begged the great Chief to stop, and ask for directions.  But he insisted he knew where he was.

So up the Salt River they went.  The braves paddled until their arms were tired,  and all the squaws had to pee.  They finally convinced Chief Blind Eagle to make camp, and figure out where they were.

After they ate, the fearless Chief assembled his people and told them he intended to climb to the highest point, and attempt to locate Harrods Creek.   And the brave warrior headed into The Knobs.   Sadly, that was the last time the tribe saw him.

Several scouting parties were sent to look for the great Chief.  But that just left the women  looking for the scouting parties .  The remaining tribe finally decided that Chief Blind Eagle’s only son should assume his father’s place, and lead them.

Unfortunately, Little DraggingAss did not possess his Father’s vision, or metabolism.  His lack of ambition, and demanding attitude angered some of the braves.  The squaws complained he was a slob, and never appreciated the length of time they spent over a hot fire.

So a faction of the tribe told Little DraggingAss to suck their peace pipe, and moved to the next knob.   Legend has it that the two tribes split several more times, always over which direction they should try next.

This left the great Fukahwie people wandering the Muldraugh Ridge aimlessly, from one knob to the other, calling out in their native tongue, “Wara Fukahwie?”… “Wara Fukahwie?…” 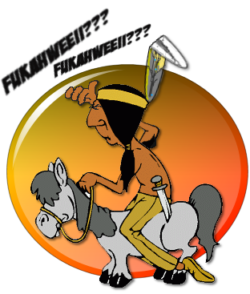 Some older folks say they still wander the knobs South of Louisville today.  They say you can hear them if you drive high into the knobs, late at night and pull over.  Turn your engine off, and listen very closely…

Editors Note:. I am proud to be a card-carrying member of the great Fukahwie tribe.  My Father is the elder warrior Speaks Forever.  My Mother was the incredible Pretend To Listen.  We miss her still.

I am known as Seven Moons, because it takes me about a week to get anything done.