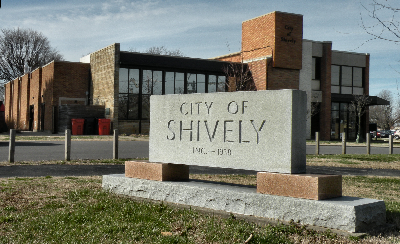 Shively, Kentucky is a small, 3rd class city in southwestern Jefferson County.  In the early 1900’s, it was populated by mostly German landowners, operating truck farms, and orchards. 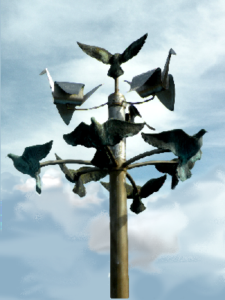 Incorporated in 1935, Shively was the offspring of eight distilleries dodging annexation by the city of Louisville.

With the small city’s tax base including two of the state’s largest distilleries, and it’s small, rural population, Shively became “The richest little city in Kentucky” almost overnight.  And by the 50’s, it was Kentucky’s fastest growing city.

And it has the sort of history one would expect when you combine lots of money, and rapid growth.  Corruption, greed, organized crime, murder, suicide, it’s all there.

But Shively’s true history begins in 1780, with it’s settlement by a handful of amazing folks.

There was an Indian fort from the 1780’s that stood at the intersection of 7th Street and Salt River Turnpike [today’s Dixie Highway] until 1879.

If you grew up in Shively in the 1960’s and 70’s, you knew who these guys were.  You may have even attended the dance cruises on The Bell of Louisville.  No one missed a cruise if The Monarchs were playing.