Where Early Louisville Came To Play

Early maps referred to the area as Salina.  Later, it became Laconia,   Wisertown [which was the area east of Dixie] and then Painesville. 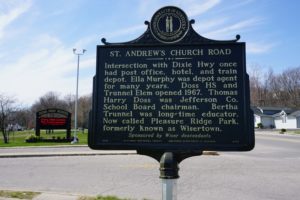 In the early 1800’s, The Nine Mile House served as a stage stop on the Louisville Nashville Turnpike.

The Paine family owned hundreds of acres, a store, a hotel, and a distillery [that gave away free samples at noon] in the Greenwood Road-Dixie Highway area. 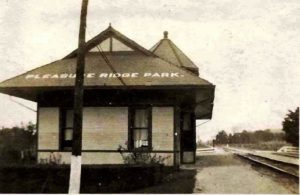 The Paines cultivated a recreational area on the ridge at the corner of Greenwood Road, and St. Andrews Road.  It was a popular picnic spot, with a bandstand and dance venue.

By the time The Interurban was built in the early 1900’s, the station was named Pleasure Ridge Park.

PRP is home to

Sadly, the Gagel Farm is for sale

This one hits me hard because I grew up right down the street.  My Mother used to have coffee with Mrs. Gagel 60+ years ago.   The Gagel family were some of the earliest folks in this area, owning several farms over more than 175 years.

So we’re watching what is the last holdout from our overwhelmingly agricultural history disappear.  Only to be replaced with subdivisions and apartment buildings.    As this once significant agricultural operation slowly grinds to a halt, it makes me sad!

The End of an Era 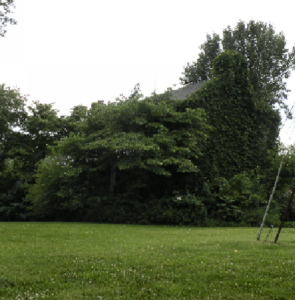