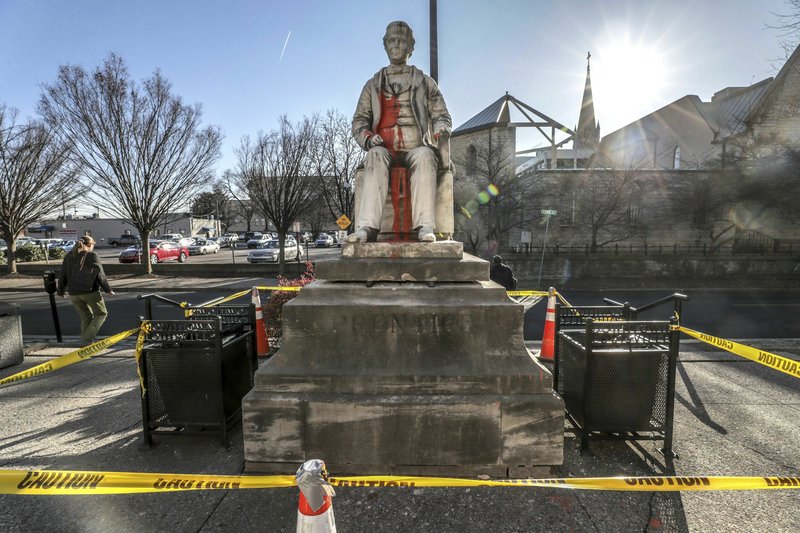 The photo above is from The Associated Press

George Dennison Prentice was born in Connecticut in 1802.   He was a remarkable child, learning to read at age four.   After graduating from Brown University, Prentice began a career in journalism.

In 1830, he traveled to Kentucky to interview Henry Clay.  While in Louisville,  Prentice received an offer of partnership in a newspaper.  So, he stayed in Louisville and co-founded The Louisville Journal.  And he lived on Cane Run Road, South of Louisville.

Many historians believe his editorials contributed to the Bloody Monday Riots.

And he absolutely did develop the fictious character Sue Munday.  Which led to Jerome Clarke & Henry Magruder being hung in downtown Louisville.

Love him or hate him,  George Prentice was a poet, a satirist, and spoke to a large, eager audience.